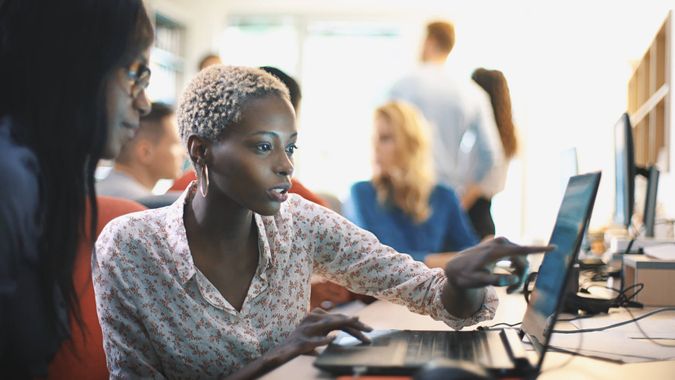 The pandemic has hit minorities in a hard way and has hit low-income Black workers much worse than the average worker, according to a new AARP study.

Read: Jaw-Dropping Stats About the State of Retirement in America
Find Out: The Average Retirement Age in Every State

“What we see in this survey, as well as what we know about financial well-being, is that jobs, wages and employee benefits are key components to feeling financially secure,” Gary Koenig, AARP senior vice president of financial security, says in the survey.  “This was true pre-pandemic, was highlighted during the pandemic, and will continue to be the case moving forward.”

Debt payments and everyday expenses are top barriers to saving for the future, the survey shows, with lack of money (54%), debt (40%), and the cost of healthcare (14%) being the top barriers that Black workers face to saving more for retirement.

In addition, fewer than half (46%) of Black workers say they are very likely to achieve financial security and avoid being a burden in retirement. The survey finds that those who are 50-plus are the most pessimistic, with just 38% thinking that they will have a financially secure retirement, and 44% confident that they won’t be a burden on others.

Nearly three in ten (28%) Black workers prematurely dipped into retirement savings or stopped contributing altogether since the COVID-19 pandemic began, jeopardizing their retirement security, according to the survey.

“What we saw is that debt remains a barrier to saving for retirement, and there is a wide gap between what people say they want their financial futures to look like and their expectations of achieving it,” Koenig says. “A good job with steady employment is priority number one, but having a manageable amount of debt and savings for an emergency are keys to financial security today and in the long run.”

See: 42 Easy Ways To Save For Retirement
Find: 26 Smartest Ways To Invest Your Money Right Now

Major reasons for the optimism include the expectation of a new job, increased income, or lower debt.

Yaël Bizouati-Kennedy is a former full-time financial journalist and has written for several publications, including Dow Jones, The Financial Times Group, Bloomberg and Business Insider. She also worked as a vice president/senior content writer for major NYC-based financial companies, including New York Life and MSCI. Yaël is now freelancing and most recently, she co-authored  the book “Blockchain for Medical Research: Accelerating Trust in Healthcare,” with Dr. Sean Manion. (CRC Press, April 2020) She holds two master’s degrees, including one in Journalism from New York University and one in Russian Studies from Université Toulouse-Jean Jaurès, France.