Welltower’s recent transaction to acquire 86 properties for nearly $1.6 billion in conjunction with Atria Senior Living’s acquisition of Holiday Retirement was at the right price and the right time.

Part of their enthusiasm relates to the pricing. The acquisition price comes down to about $152,000 per unit, representing a discount to estimated replacement cost in excess of 30%, according to Welltower.

“There’s a tremendous amount of strong alignment here between the operators and owners,” Mitra told SHN. “And you will see how we take this timeless design and incredible physical plant to its next stage.”

Analysts mostly reacted to news of the transaction favorably.

Welltower’s transaction is being made at an initial cash cap rate of 6.2%, and the REIT expects it will add 10 cents to its normalized funds from operations (FFO) in the initial year after the deal closes. That makes the deal attractive for the company’s investors, according to BMO Capital Markets analysts John Kim and Juan Sanabria.

“We praise WELL for putting its attractive cost of capital to work and taking advantage of COVID-19 dislocation,” the note from Kim and Sanabria read.

Green Street Senior Analyst Lukas Hartwich took a similar view. The pricing on the deal “looks attractive” despite limited visibility on the overall portfolio and the fact that Holiday portfolios “have historically traded at lower per unit levels and higher yields due to their heavy suburban focus,” he noted.

Given the fact that the company’s current stock price is trading “at a sizable premium to the private market value of its real estate,” there are signs that investors have big expectations for external growth at Welltower, Hartwich added.

“In the case of the Holiday transaction, it appears Welltower has delivered the goods with a sizable and attractively priced acquisition,” he wrote in a June 21 note to investors.

Occupancy for the portfolio registered at 76.3% on June 20, and census has increased over 270 basis points since bottoming out in March 2021, according to Welltower — and that provides a runway for future occupancy and revenue growth.

“Further uplift seems plausible if a seasonal recovery further develops and as Covid restrictions are fully lifted in the U.S. and Canada,” Jordan Sadler, equity research analyst at KeyBanc Capital Markets, wrote in a June 21 note to investors.

The REIT has deployed its dry powder at a “faster pace than we previously assumed” in 2021, according to a June 21 investor note from Stifel.

Welltower’s guidance on FFO implies that the deal is being done with 65% to 35% equity to debt. The REIT has raised about $1.2 billion in the second quarter of 2021 after raising $160 million in the first quarter. But the REIT still “has ample liquidity remaining, having just increased the capacity on their line of credit to $4.7 billion,” the June 21 note from Stifel reads.

The analysts also were bullish on Welltower’s deepening relationship with Atria, which Green Street’s Hartwich described as a “well-respected senior housing management company.”

The communities will operate under a “RIDEA 3.0” structure, a concept that Welltower has honed over the years. As the operator of those communities, Atria has promote opportunities if it achieves certain long-term financial metrics.

Welltower plans to invest about $1.5 million to $2 million per community on capital expenditures and improvements, with “larger-scale” refurbishment and redevelopment projects at 10 of the properties. Five other communities have been identified as “higher and better use.”

The investment also makes sense from a strategic standpoint for Welltower, which has been building out a portfolio of lower-acuity senior housing communities that serve a more middle-market price point, along with its market-rate and luxury properties. 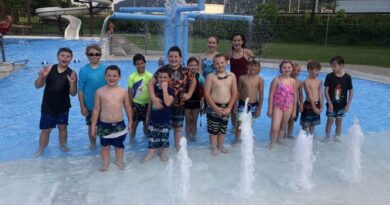 ‘This is my life’: Edgardo Mansilla, founder of Americana World Community Center, to retire – WHAS11.com

6 Steps to Higher Net Worth: A Year-End Financial Checklist – Entrepreneur