After 20 serving years as Chairman of the board of a southeast Nebraska assisted living facility, Homer Ward is stepping down. 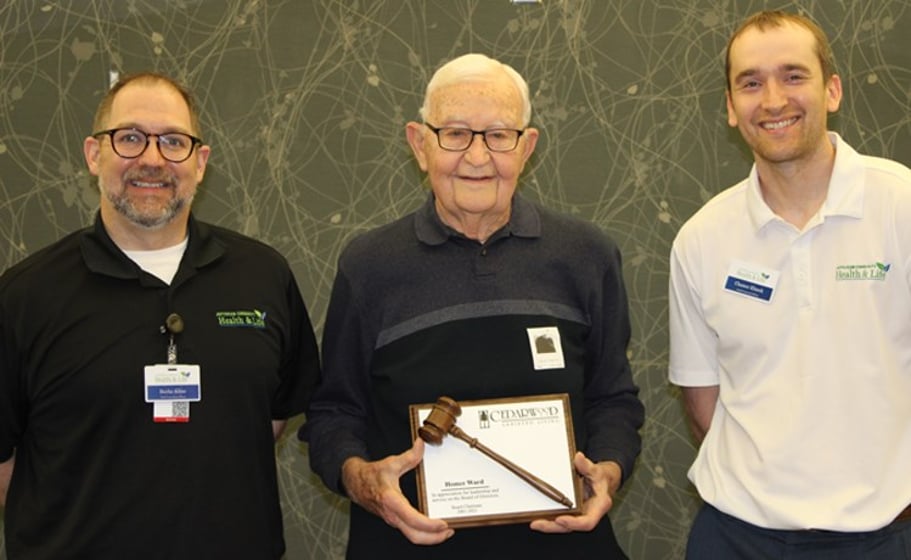 Fairbury, NE—After 20 serving years as Chairman of the board of a southeast Nebraska assisted living facility, Homer Ward is stepping down. Ward was elected board chairman of Cedarwood in Fairbury in 2001. He is now being honored for his years of dedication.

Cedarwood Assisted Living is a private non-profit organization, and is owned by Bryan Health and Jefferson Community Health & Life.

Ward helped grow Cedarwood. The $4.3-million facility was finished in December 2003 and opened for tenants just over a year later. It is Fairbury’s first and only licensed assisted living facility.

Ward was presented a plaque for gratitude of his years of dedication.

“We thank Homer for his 20 years of service to Cedarwood Assisted Living as a board member and board chairman,” said JCH&L CEO and Cedarwood President Burke Kline, DHA, CHFP, FACHE.