The Delafield Plan Commission on May 26 voted unanimously against a plan that would raze the iconic Seven Seas restaurant, after hearing from dozens of residents during a packed public forum.

Community members expressed both support and opposition for a new proposal by Castle Senior Living, which outlined plans to replace the restaurant, banquet building and other structures at 1807 Nagawicka Road with  a “community-based” residential facility for senior citizens.

According to Kris Kiefer, president of Castle Senior Living, the Weissgerber family, who owns the property, is in favor of the new facility.

He spoke Wednesday night before residents and the commission in the over-four-hour meeting, and spoke to the quality of the new development and the need for senior care in the area.

However, most residents had a long list of concerns about the proposed facility.

Several community members expressed concern about the lack of activities within walking distance for seniors, that the large facility would contribute to sewage issues, environmental impact, view obstruction, increased traffic and overall size of the facility.

The proposed two-story building is listed at 42,934 square feet, according to the proposal, and calls for 54 units and 78 parking stalls.

“If this is built, we forever have changed the character of our lake,” said Courtney Roehl, a resident of Delafield.

But others spoke in favor of such a facility. They commented on the “blessing” of allowing local seniors who can no longer live alone to remain in the community.

“If I could sign my mom up tomorrow, I would,” said Maggie Zorn, who noted that her family has lived in Lake Country for more than 50 years. “I want that in my community. I want that for my family.”

Kiefer said that in his experience as a nurse, he sees many senior care institutions perpetuating neglect and discrimination toward the elderly. He hopes this development would change that in Delafield.

But multiple residents accused Castle Senior Living of being “purposefully deceptive” in the various studies mentioned in the proposal about decreasing traffic, as well as its dealings with the property’s neighbors.

The proposal for the development has changed several times, from a three-lot residential development to a “multi-family apartment complex,” to the assisted living facility with a restaurant and now a facility without.

At about 11 p.m., the commission unanimously voted “no” to the proposal.

“The major factor in the lake residential area is to preserve the character and unique qualities of that area,” said commissioner Laura Schult, “It’s something to consider.”

Seven Seas closed permanently at the end of 2020. It’s currently listed for sale for $4.95 million, but the sale has yet to be finalized. Whether it will be sold to Castle Senior Living remains uncertain.

According to Delafield city planner Amy Barrows, the Delafield Common Council will consider public comment, the applicant’s presentation and the plan commission’s discussion and vote before making a final decision. It is expected to vote on the proposal June 21.

THANK YOU: Subscribers’ support makes this work possible. Help us share the knowledge by buying a gift subscription. 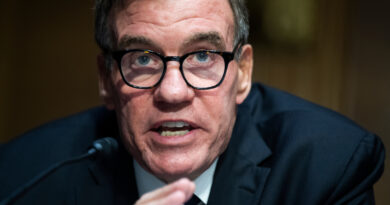