Rod Parnell’s hair fell into the sink when he lifted off his helmet to wash his face on the day he almost died.

The stench of singed hair doesn’t fade quickly, and neither has the Detroit Fire Department retiree’s memory of a night in April 1970 when he had to be forcibly pulled from the second floor of a burning building at Woodrow Wilson and Leslie streets.

“I was inches away from death and didn’t know it,” said Parnell, now 74 years old.

He spent nearly 26 years in the fire department and nearly died twice. Now, long into his retirement, he drives for ride-hailing service Lyft 15 hours a week to pay for health care costs.

The Canton Township resident is among city of Detroit retirees who saw benefits they’d been promised for years or decades slashed as the city renegotiated debts during its historic 2013-14 bankruptcy. Now Parnell, who retired in 1995, and other pensioners are looking on with intrigue and concern as the city faces a potentially hazardous precipice in less than three years. 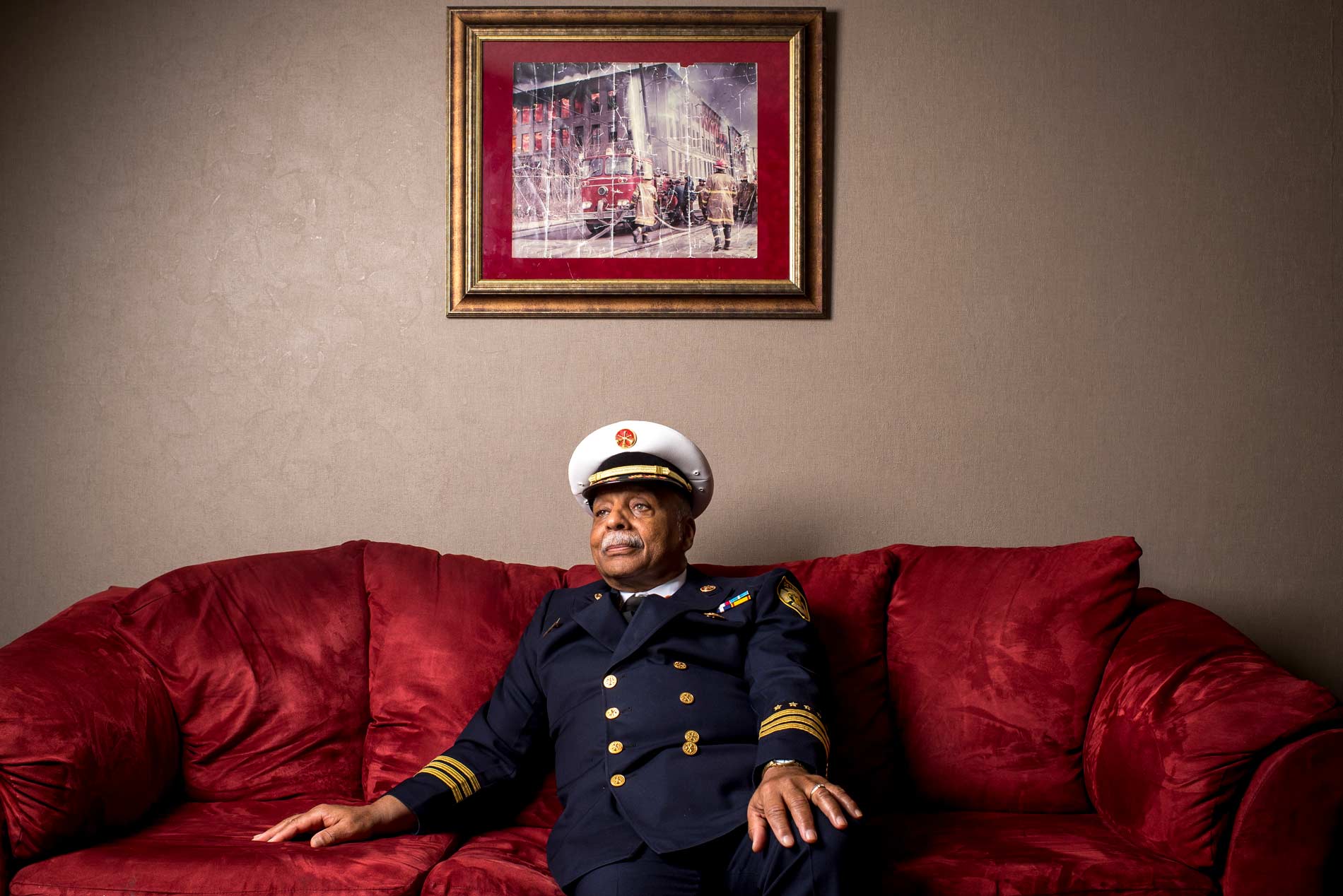 Canton Township resident Rod Parnell, 74, spent a nearly 26-year career with the Detroit Fire Department. He said he and many other firefighters lost out on benefits during the bankruptcy that they had been promised for years or decades.

In July 2023, the start of the city’s fiscal year 2024, Detroit will need to start making pension debt payments totaling at least $202 million or nearly 20 percent of the city’s budget.

It’s an estimated cost that just keeps growing as Detroit gets further removed from its bankruptcy: As recently as 2018, the city was predicting its annual pension payments would amount to $143 million, up from original estimates of $110 million.

“Those numbers, I mean that’s a train wreck waiting to happen,” said Scott Benson, a Detroit City Council member and General Retirement System trustee. “But we’re planning for it, we’re disciplined, and I believe we’re going to have it under control.”

As the deadline nears, a feud between Mayor Mike Duggan’s administration and retirees is taking shape over what funding strategy to use to meet these legacy pension obligations — a disagreement that could have major impacts on the city’s bottom line.

Duggan’s team and the city’s two retirement systems are at odds over how fast legacy pensions should be paid off — the municipal finance equivalent of deciding between a 30-year mortgage or a 20-year payment that takes a bigger bite out of the city’s coffers initially. 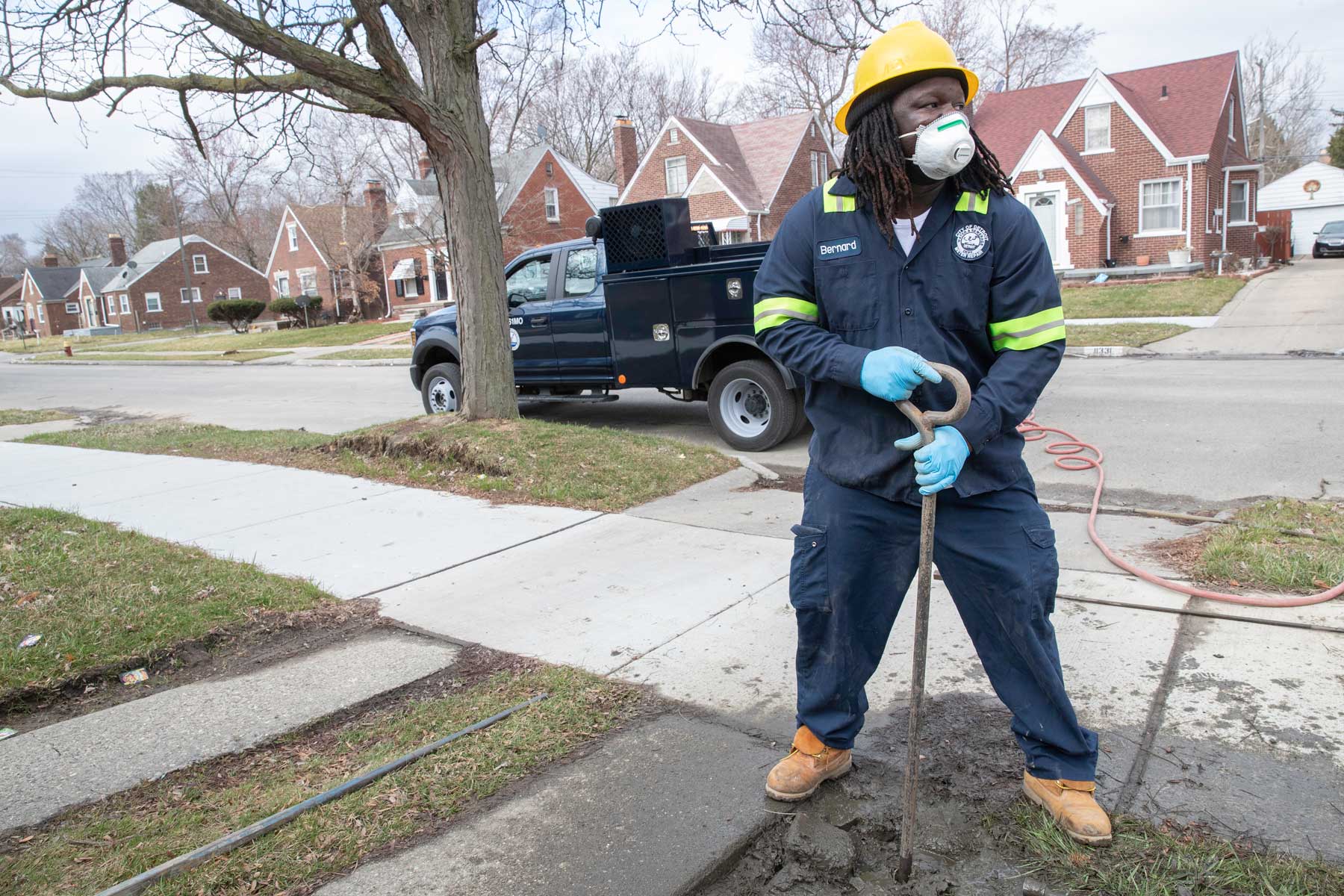 Bernard Harris, a field services technician for the Detroit Water and Sewerage Department, turns on a residential water line in March 2020 at the start of the coronavirus pandemic. As part of Detroit’s 2014 bankruptcy exit plan, existing DWSD employees in the city’s General Retirement System saw their pension benefits reduced by 4.5 percent and annual cost of living increases eliminated to lower the pension fund’s unfunded liability.

“We’re not trying to kill them,” said Joe Bogdahn, chair of the investment committee of the Police and Fire Retirement System (PFRS), which has favored a 20-year payment plan. “But at the same time, if that means they don’t get to build a park or do something else, that’s not our issue, because we don’t deal with the politics of it.”

Pensions became the biggest chunk of obligations in the bankruptcy, after pension and retiree health care costs ballooned compared with the city’s population decline. Former Mayor Kwame Kilpatrick inherited that massive pension problem and sought to resolve it with an ill-conceived $1.4 billion debt deal that was undone by U.S. Bankruptcy Judge Steven Rhodes’ gavel.

Pensions likely would have been decimated as part of the Chapter 9 reorganization if not for the $820 million Grand Bargain, a fund established by philanthropic foundations to aid the city’s pension funds and save city-owned art at the Detroit Institute of Arts from being auctioned off to satisfy creditors.

But retirees like Parnell didn’t come out unscathed — far from it. Otherwise, he likely wouldn’t have nearly 4,000 Lyft rides under his belt.

The Plan of Adjustment cut cost-of-living adjustments for police and fire retirees by 55 percent and eliminated them for general retirees. The latter also saw base benefits cut by around 4.5 percent. Both had health care benefits sliced.

Those still working for the city had their retirement plans frozen — those older plans are the “legacy” ones on which the city owes — and started on plans with decreased health care, higher costs for employees depending on the plans’ returns and other limits.

Pensioners lost a federal appeal over the cuts in 2016.

While the bankruptcy gave the city a decade to reinvest in services and neighborhoods, the court didn’t let Detroit taxpayers off the hook forever.

As of the 2019 fiscal year, the most recent data available in Detroit’s annual financial report, the difference between the assets set aside to pay Detroit’s two legacy plan benefits and the amount that’s actually owed, or unfunded liabilities, totaled $1.9 billion.

Recently, Detroit has been meeting its budgetary goals during a different time of extreme volatility: the COVID-19 pandemic-induced recession.

Credit ratings agency Moody’s Investors Service has maintained throughout the downturn that Duggan’s administration has responded well, taking action early to cut spending amid a $410 million shortfall over just more than a year. Moody’s has maintained a Ba3 credit rating on Detroit’s debt despite the pandemic. S&P Global Ratings, however, wasn’t as optimistic and dropped its outlook a notch but then brought it back up.

“That (budget shortfall) really just brought into clear view how critical it is to having a funding policy in place and a manageable number with which to fund every year,” Benson said. “Even though we are very focused, very disciplined, when it comes to our budgeting, our expenditures, something like COVID, which is unexpected, could just send all the great plans off the cliff …”

Detroit has managed those deficits, but that’s no reason to celebrate.

The unfunded pension liability is an obstacle to the post-pandemic recovery of the city, its residents and business environment, sucking up public dollars that could otherwise be spent improving services or infrastructure, according to Moody’s.

“The city’s significant service and capital needs have not gone away,” Moody’s analysts wrote in a Jan. 20 credit opinion. “Even in a scenario of steady recovery, further action will be needed to close out-year budget gaps and to accommodate growth in pension costs in the budget.”

But the city is not running toward the pension cliff empty-handed.

Since 2016, Detroit has been socking away cash in anticipation of reaching the cliff’s edge. The dedicated trust is called the Retiree Protection Fund. 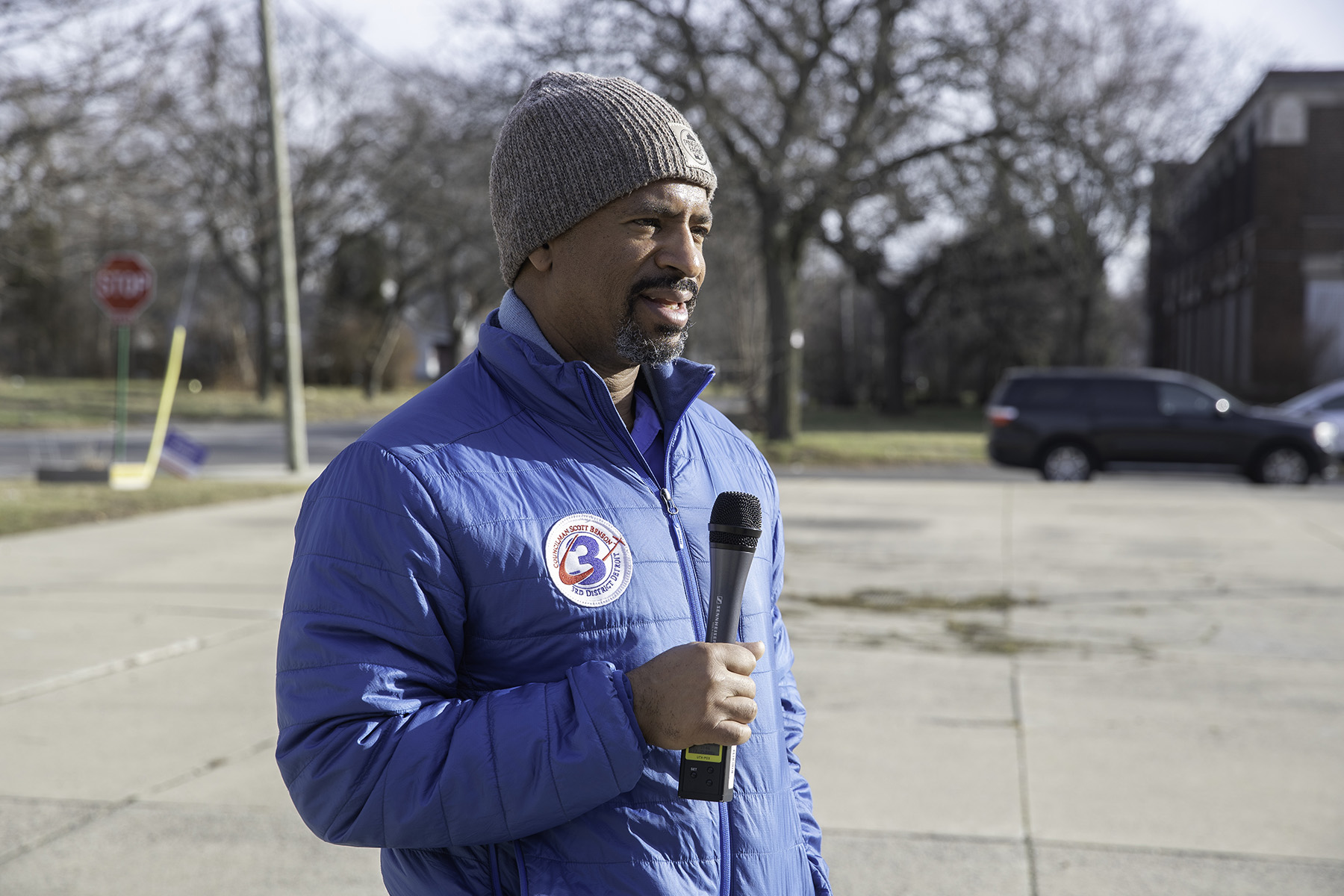 Officials originally planned to deposit up to $245 million in the trust fund. For next fiscal year, which begins July 1, the city plans to add its scheduled $55 million to the fund, plus a $30 million supplemental deposit for good measure, growing the total to nearly $320 million.

Per the Retiree Protection Fund schedule the city set up, it will need to add at least $60 million next year, giving it at least $380 million to work with by fiscal 2024. That first year of payments, the city expects to pay $79 million itself and $123 million from the fund, then $89 million from the city the next year and so on until it’s used up.

The trust fund is not a cure-all, though.

By summer 2027, Detroit will need to start paying in full — unless some more monetary assistance is found, that is, the city’s budget office said in a March 31 long-term financial forecast. Plus, when Grand Bargain contributions end the payment will rise to $221 million a year in fiscal 2035.

It’s not clear where Detroit would look for potential new funding sources, and the Duggan administration did not provide an official to comment for this Crain’s Forum report.

“I think the biggest question that I would have if I was a retiree dependent (on the legacy system) is, ‘Are they going to make the 2024 payment?'” said David Draine, a principal public sector retirement system investigator for The Pew Charitable Trusts who has studied Detroit’s pension funds. “Which, everything that they’ve said that I’ve seen says that they’re planning to. When that happens, if I was a retiree, I would feel more confident in my benefit.”

The city is working to prepare for fiscal 2024, and the Retiree Protection Fund isn’t the only way it’s doing so, according to Councilman Benson.

Detroit is looking to grow revenues by attracting business investment, he said.

Regardless of intentions, Detroit is facing an uphill battle as its population has continued to decrease, the pandemic hurt economic gains and expenditures are set to outpace revenues starting around fiscal 2025.

The city is also going to have some money freed up as bond debts get paid and money allocated for those goes down slightly in coming years, Benson said.

Even with all this planning, Detroit’s budget is highly exposed to risk. For one, there are fluctuations in how pension assets perform — and they’ve made less than expected, per Moody’s. Public pensions across the U.S. have faced a crisis of underfunding in recent years. But experts, including Draine, say that in general the funds have performed better in the pandemic than expected. However, that doesn’t mean they’re out of the woods.

Pension plans in general have assumptions on investment returns that are way too optimistic, like around 7 percent, and they don’t meet those expectations, said Donald Boyd, a government fiscal expert at the Rockefeller College of Public Affairs and Policy at the University at Albany in New York.

In Detroit, its General Retirement System had returns of -0.96 percent in fiscal 2020, and the Police and Fire Retirement System (PFRS) saw 1.6 percent returns, according to documents from the city’s office of budget. That means they were performing way under the assumed 6.75 percent rate of return negotiated during the bankruptcy — and would help drive the increasingly expensive payment estimates. 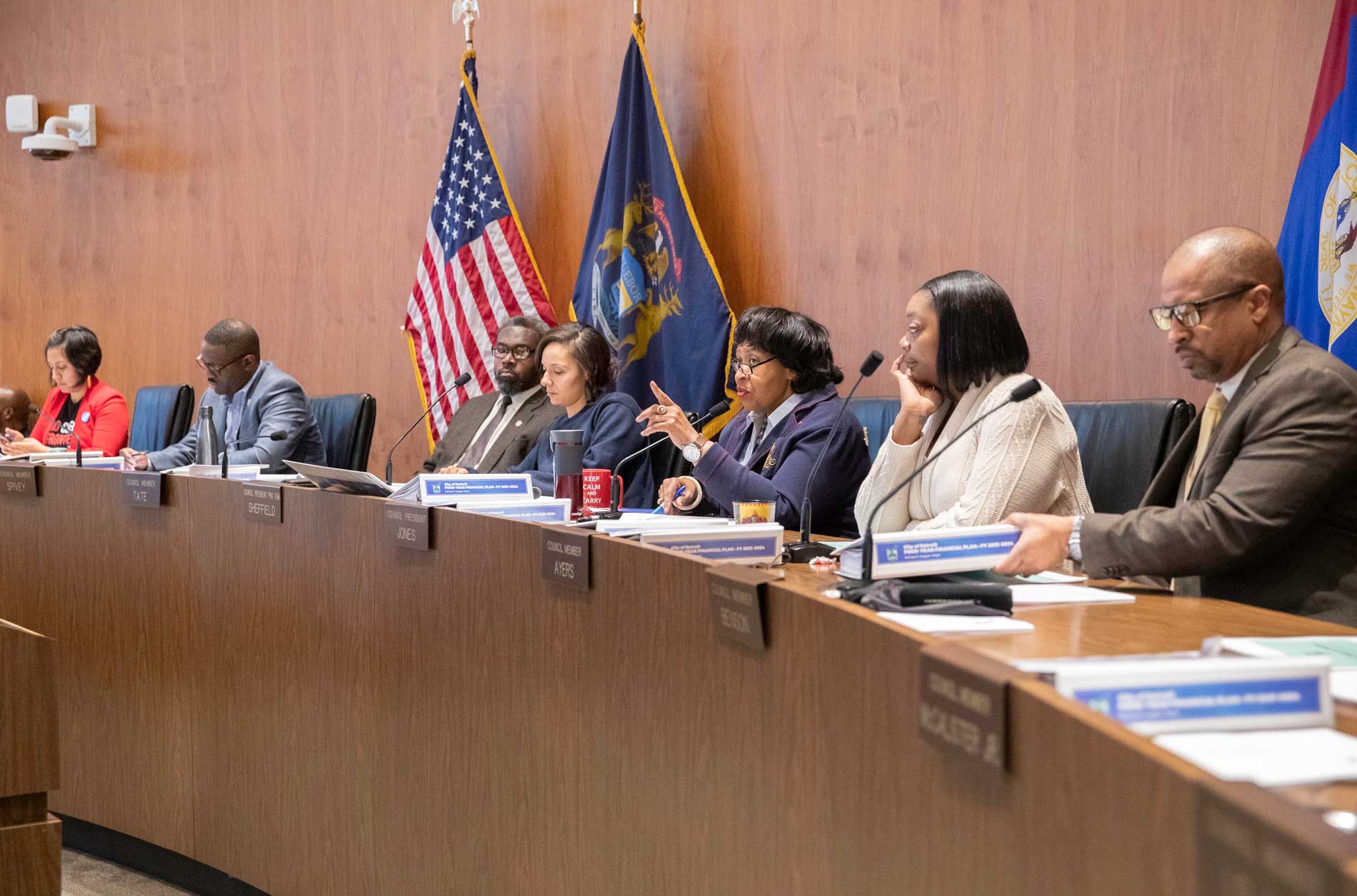 Detroit City Council member Scott Benson (right) and others on the legislative body have shown concern over how Detroit will meet its steep pension obligations starting in fiscal 2024, which is just over two years away. They must approve Detroit’s budget every year. 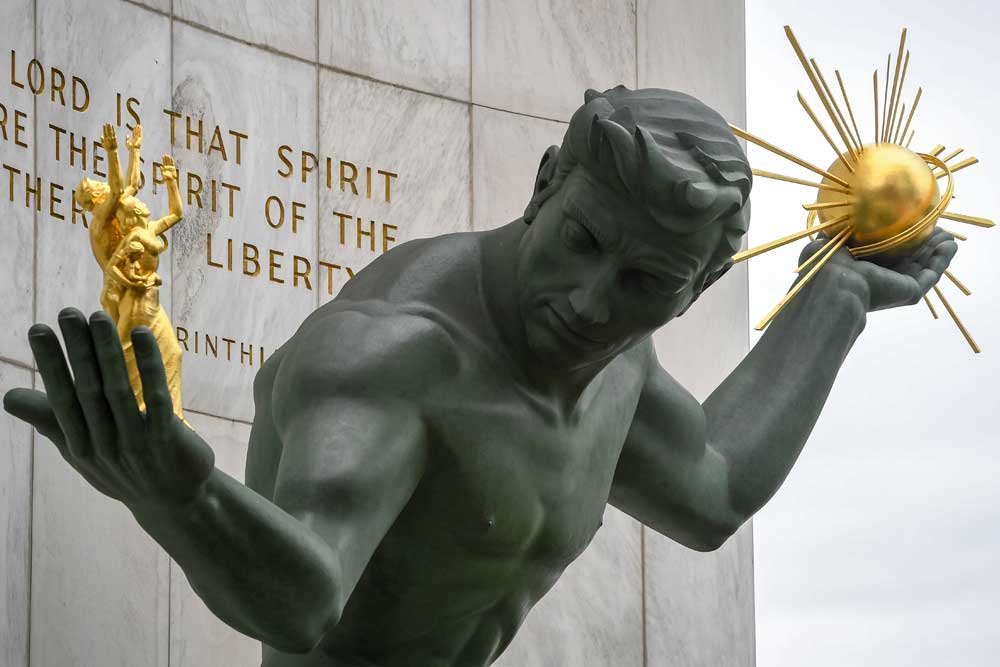 How can you support journalism projects like this one?