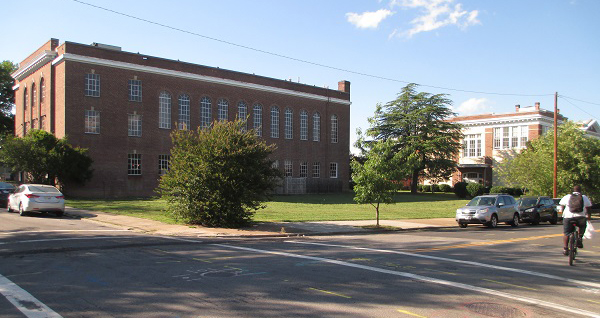 The vacant lot at 1421 Bainbridge St. is beside the Dogtown Dance Theatre building, at left. The Manchester Grand apartments are visible at right. (Jonathan Spiers photos)

As his workload piles up in and around Church Hill, Daniil Kleyman isn’t losing sight of the south side of the river. 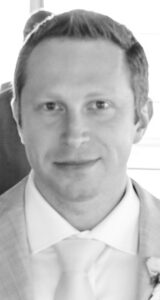 The local developer known for his infill projects in Church Hill and Union Hill is taking that approach to two sites along Bainbridge Street in Manchester, where he’s moving forward with new construction projects that will add 20 apartments and a corner commercial space.

The bigger of the two is 1421 Bainbridge, where he’s planning a mixed-use building totaling 14,600 square feet with 15 apartments and a 1,000-square-foot commercial storefront.

The 0.34-acre site is at the northeast corner of Bainbridge and 15th streets, beside the Dogtown Dance Theatre building and on land Kleyman purchased from Mercer Street Partners, the owner of the next-door Manchester Grand senior apartments.

“They had extra land that the owner was looking to carve off and utilize in a better fashion than what it was currently being used for,” Kleyman said.

Kleyman purchased the parcel through his Evolve Hld LLC. Online city property records did not reflect the transaction, but Kleyman said the LLC paid $232,500 on July 28 last year. The city most recently assessed the parcel at $105,000.

The three-story building will total 11 one-bedroom apartments and four two-bedrooms, with floorplans ranging in size from 670 to 1,300 square feet. The apartments will be market-rate, though Kleyman said monthly rents have yet to be determined.

He said he envisions the corner commercial space housing a cafe, or potentially an office.

“My preference would be to put a business there that’s going to be an amenity to the neighborhood,” he said.

An elevation rendering of the building planned at 1421 Bainbridge St. (Courtesy of Daniil Kleyman)

He’s estimating the project cost at $2 million, though he warned that figure could change.

“Especially given how quickly costs are changing right now, I will have a better idea when it gets closer to breaking ground,” he said, referring to rising costs of building materials.

Kleyman is aiming to break ground by the end of this year or in early 2022. Bryan Traylor’s Unlimited Renovations is lined up as the builder. Design work is by Mario DiMarco Architects, whose work in Manchester includes the 7west townhomes at the foot of the Manchester Bridge. 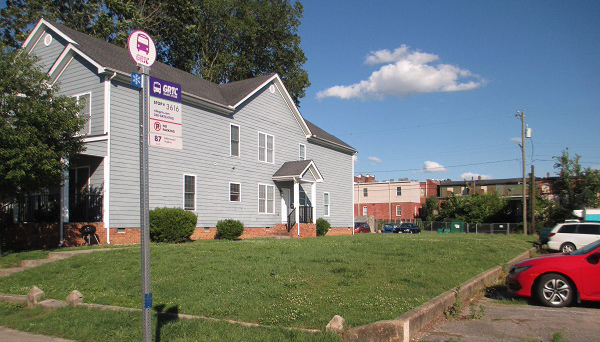 A five-unit apartment building will fill this lot at 1122 Bainbridge St.

Three blocks east along Bainbridge, Kleyman is starting site work on another development: a five-unit apartment building at 1122 Bainbridge St.

The three-story, 4,600-square-foot building will include three one-bedroom apartments and a pair of two-bedrooms. Kleyman said the units will likewise be market-rate, and he’s estimating the development cost at $650,000.

Kleyman’s Evolve Hld LLC purchased the 0.11-acre parcel for $82,000 in 2018, property records show. It was previously owned by Church Hill Ventures LLC, tied to Michael Hild and his wife Laura. The parcel most recently was assessed by the city at $61,000. 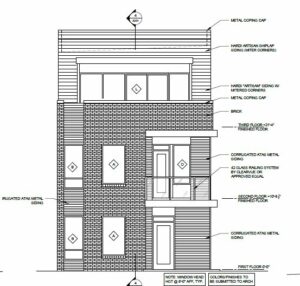 The front of the building planned at 1122 Bainbridge St.

Kleyman is working with the same engineering team on that building, with Unlimited Renovations also on board as the builder. Johannas Design Group is the architect on the project.

The buildings add to an increasing project list for Kleyman, who’s also planning a $20 million development with 122 apartments on a vacant site downhill from Chimborazo Park.

Nearby in North Church Hill, Kleyman developed and has finished leasing out a mixed-use building at North 30th and Q streets. The building consists of 13 apartments and a 1,200-square-foot commercial storefront, which Kleyman has leased to Church Hill caterer Soul N’ Vinegar.

And in Union Hill, he’s behind the 21-unit apartment building that’s taking shape at 2416 Jefferson Ave., a triangular-shaped lot beside the 25th Street roundabout that he’s developing with Matt Jarreau.

My husband doesn’t want to retire, so what can he do to continue working? – Press-Enterprise