Hundreds of residents and staff members were infected across the 20 nursing homes that records show had greatest numbers of deaths and infection levels during the pandemic.

While records show that COVID-19 related violations were found in 85% of the facilities, only four have so far been fined by regulators with the California Department of Public Health or the federal Centers for Medicare and Medicaid Services. 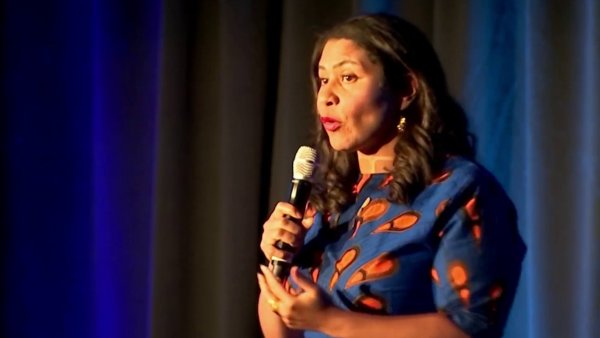 Nursing home care advocates have stressed that the 9,000-resident nursing home death toll would likely have been less dramatic had state regulators acted early to enforce laws already on the books aimed at preventing the spread of infectious disease.

“We saw that things actually got worse starting in October,” Harrington said. “There was a huge increase in infection rates in the community and throughout the state, but also in nursing homes. So even though the nursing homes had months to prepare for and get on top of proper care, things got worse.”

Among the homes hit by the four  “immediate jeopardy” violations, only one, ManorCare Health Services-Tice Valley in Walnut Creek, has been fined so far. There were 21 deaths at the facility, one of the hardest hit local homes.

The nursing home did not respond to requests for an interview. Records show that the Centers for Medicare and Medicaid Services fined the facility more than $100,000 last July. In an  inspection report from the same day, federal regulators alleged lapses in standards governing masks and other protective gear to be worn around COVID-19 positive residents and say the facility failed to assign dedicated staff to care for them.

“These cumulative failures to follow transmission-based precautions resulted in widespread outbreak of COVID-19 cases at the facility including 54 residents,” the report concluded.

Records of other hard hit homes reflect widespread violations of safety standards. Most had PPE-related violations, including 10 facilities where staff were seen without face coverings over their nose and mouth. At least eight had COVID screening violations.

“These were commonsense things they should have been doing,” said Union City Councilmember Jaime Patino, whose 84 year old grandmother Emma died in April of last year after catching the virus at Gateway Care and Rehabilitation in Hayward. “They probably could have saved lives.”

The owners of Gateway — who changed the facility’s name to St. Patrick’s Post Acute after the outbreak that infected 50 residents and left 19 dead —  did not respond to NBC Bay Area’s request to speak with them during a visit to the facility.

Inspectors responding to the outbreak found a litany of problems that April, the month his grandmother died just shy of her 85th birthday.

Patino said the facility was in lockdown when he last saw his grandmother alive, but he was able to speak to her through the outside window of her room. While he said she had no symptoms when he visited her, she soon became infected and died days later at the hospital.

“That was a very hard thing, you know?” Patino said. “A lot of tears and a lot of crying.”

In one of the lapses inspectors found,  two staff members with COVID symptoms continued to care for elderly residents.

Despite suffering an “itchy throat, and tiredness” on March 21 and 22 – and eventually testing positive — one nursing assistant told inspectors she continued to “provide direct care to other assigned residents…the whole night” on March 23. She said she was joined by a licensed vocational nurse who also displayed symptoms.

Eventually, 13 residents under their care were infected, the report found.

Shortly after Patino’s grandmother died, inspectors saw Gateway staff failing to observe social distance protocols.  One had her mask hanging around her neck while talking in close proximity to other staff, the inspector noted.

In light of the findings, state officials declared an “immediate jeopardy situation” at Gateway, but the facility has yet to be fined by either state or federal regulators.

Meanwhile, Alameda county prosecutors say they are still conducting their probe that they launched into Gateway after residents and their families complained about lax safety standards.

The California Department of Public Health said the enforcement process can be lengthy and so fines could still be leveled for pandemic-related lapses. However, the agency said aggressive enforcement action early on could have been counterproductive in the face of the urgent need to keep protect residents.

“Focusing only on enforcement in the rapidly changing environment of the early pandemic response would not have been beneficial to the vulnerable nursing home residents we work every day to serve,” the agency stated. “We needed to find solutions to save as many lives as we could,  and to limit the spread of COVID-19 among this very vulnerable population.”

Michael Wasserman, the president of the California Association of Long-Term Care Medicine, said while the pandemic showed the need for reform, fining alone is not the answer.

“A system where we pull money out of a poorly performing nursing home is not necessarily going to solve the problem and it hasn’t solved the problem before,’’ he said.

But Harrington and other nursing home advocates told NBC Bay Area that early enforcement action would have conveyed the message that lapses would be taken seriously.

“I think if we had made an example of some of the worst violators early on, that would have sent a message,” Harrington said.

“It’s not just the fines, but the whole enforcement system should have been brought to bear to make sure that residents were safe.”

Now, advocates have joined forces to support a package of bills known as the “Protect Plan,” aimed at improving transparency and patient safety within the industry.

“We’ve got to fix some of these underlying structural problems in the system and have some consequences out there when folks cut corners,” said State Senator Henry Stern (D-Los Angeles), one of the lawmakers behind the proposed legislation.

After losing his grandmother, Patino wants to keep all options on the table.

“We need transparency, more accountability, stiffer penalties,” Patino said. “And for damn sure, I don’t want to see any legislation that’s going to give these nursing homes immunity.”

So far, immunity against lawsuits is not part of the current legislative reform package,  Stern says. “As far as I am concerned, that’s a non-starter,” he said. “We managed to get through it without having to swallow that bitter pill.”

Does the 4% Rule Still Work for Retirees? – Barron’s