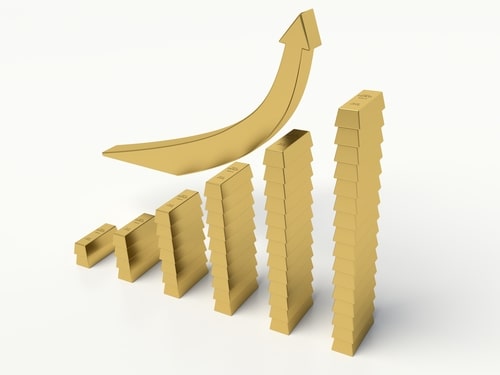 (Kitco News) Gold could see a significant rally above the $1,800 an ounce level next week after the release of the Federal Reserve’s June monetary policy meeting minutes, analysts told Kitco News.

One of the biggest events to watch next week will be the Federal Reserve’s monetary policy meeting minutes. The meeting, which took place in mid-June, triggered a significant selloff in gold.

“Markets are expecting a hawkish tilt, and anything that tells us there is no hawkish tilt is a little bit less than people were pricing in. You can get a big rally in gold,” TD Securities head of global strategy Bart Melek told Kitco News.

Market participants will be closely monitoring whether the hawkish comments made by some of the Fed members during the last few weeks match up with the notes from the meeting minutes.

“FOMC meeting minutes are interesting in the event if they contradict anything that we’ve heard from the Fed so far, especially from some of the more hawkish Fed members,” said Gainesville Coins precious metals expert Everett Millman.

Gold is ending the week on a strong note as prices are once again trying to breach the $1,800 an ounce level following a mixed U.S. employment report.

“We got 850,000 new jobs added to the economy in June, but the unemployment rate went up to 5.9%. The participation rate was also still very weak, which means there is no particular impetus for the Fed to tighten monetary policy anytime soon. And that is good for gold,” Melek said. “We are also seeing wage growth slowing, and that implies that inflation is likely transitory and there is no big reason for the Fed to start raising rates.”

It is still not clear whether there is enough momentum to propel gold much higher next week, but Melek does see prices returning to $1,900 an ounce in the next six months.

Another driver to watch is the movement in the oil price, added Millman, noting that any additional price hike will end up working in favor of gold.

“I’m interested in what happens at the OPEC+ meeting. Uncertainty around oil could have big implications for inflation, and that is still one of the main drivers for gold,” he said. “If they come to an agreement to limit output, that should push oil prices higher.”

Higher oil prices feed into higher inflation, and that is positive for gold, Millman elaborated. “It’s interesting in the case of Russia too, which is such a big OPEC+ player. Russia is reliant on energy markets for its economy, and it hasn’t been buying gold lately. If oil rises, the country could see extra funds and possibly start purchasing gold again,” he said.

Some analysts noted that it’d been a frustrating time for the gold bulls.

“It’s been one step forward and two steps back,” said Walsh Trading co-director Sean Lusk. “Gold couldn’t hold $1,800 and went down to mid-April lows of around $1,760s. Now we are popping back up on unemployment data. Everything screams inflation, but the problem has been the rally in the U.S. dollar.”

Lusk is optimistic for July because of gold’s seasonality coming back. “We are coming back into traditional gold buying pattern in mid-July. The wedding season takes hold. There is a buying bias. Cyclical trade is entering back into the market,” he said.

A breakout above $1,820 next week would open the door for another rally in gold, said RJO Futures senior commodities broker Daniel Pavilonis. “If we close above it, gold could go much higher and even make new highs.”

It will be a fairly light data week due to the U.S. celebrating Independence Day. Aside from the Fed’s meeting minutes on Wednesday, markets will be paying close attention to the ISM non-manufacturing PMI on Tuesday and jobless claims on Thursday.

“The ISM services index is probably the premier number and should show the sector is growing very strongly with increased business opportunities thanks to the reopening,” said ING chief international economist James Knightley.