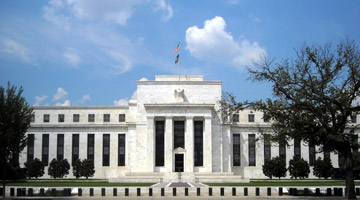 (Kitco News) – Hedge funds and money managers positioned themselves for hawkish comments from the Federal Reserve as they liquidated their bullish gold bets and increased their short exposure, according to the latest trade data from the Commodity Futures Trading Commission.

For some analysts, this shift in speculative position has been highly anticipated as the gold market was already running out of momentum as prices could not hold gains above $1,900 an ounce.

“The yellow metal’s failure to break north of the $1900/oz range, despite a disappointing non-farm report and strong inflation data, catalyzed some CTA selling as upside momentum waned. Signs that speculative flows slowed alongside physical flows also suggested that gold was increasingly vulnerable to a near-term pullback,” analysts at TD Securities said in a report Monday.

The latest Commitment of Traders report was delayed because of the new Juneteenth holiday.

The CFTC disaggregated Commitments of Traders report, for the week ending June 15, showed money managers decreased their speculative gross long positions in Comex gold futures by 6,491 contracts to 138,546. At the same time, short positions rose by 4,381 contracts to 41,754.

Gold’s net length dropped a one-month low at 96,792 contracts, down 10% from the previous week. This is the second week gold has seen its net length shorten.

During the survey period, gold price managed to hold initial support around $1,850 an ounce. Analysts expect to see a more bearish positioning as the Federal Reserve monetary policy decision was held outside of this week’s survey period.

Because of the solid economic recovery, many analysts and economists expected the Federal Reserve to lay the groundwork to begin reducing its monthly bond-purchase program by the end of the year. However, the central bank struck an even more hawkish tone as its updated economic projections showed the possibility of at least two rate hikes by the end of 2023.

The news caught the gold market off guard and prices dropped around $100 last week, the sharpest decline since March 2020 when the COVID-19 pandemic roiled financial markets.

Some analysts have said that gold’s selloff following the Fed meeting was exaggerated and the gold market’s oversold levels could start to attract some bargain hunters.

“Once the weak technical outlook, supported by an expected improvement in the fundamental outlook, starts turning, the price may see a strong bounce from buyers returning,” said Ole Hansen, head of commodity strategy at Saxo Bank.

While hedge funds were unloading their bullish gold bets, they became a little more optimistic regarding silver.

For the second consecutive week, silver saw its net length increase, rising to 44,265, up 4% from the previous week.

During the survey period, silver prices were unable to hold support above $28 an ounce.

Looking at base metals, the copper market continues to suffer from bearish sentiment as the price has dropped below $4.50 per pound, a critical support level many market players were watching.

The copper market suffered last week after China announced that it would sell its strategic reserves of the base metal to cool down what has been a hot market.

Many analysts have said that while the move could drag copper prices lower in the near term.

“While supply risks have kept the red metal supported, news that China will release metal from their strategic reserves should see supply risk lessen. On top of these measures from China, the ongoing easing of growth momentum in China and the US, along with the halting of the reflation trade amid a more hawkish Fed, suggests speculators will continue to exit the red metal in the coming weeks,” said analysts at TD Securities.

Aging in Style: Retirement planning so you can leave the office for good – KCTV Kansas City