I can still see our 7-year-old son, Jim’s, horrified face. He had just spent some of his hard-earned “taking-out-the-trash” allowance to buy me a gift, thinking it was a one-time deal. Now he could see the future, and things weren’t looking good for his Lego’s Fund.

I have to admit, I had a somewhat similar reaction to my boss changing my submission deadline because of Thanksgiving. My first thought, which, thankfully, I did not say aloud, was “It’s Thanksgiving already?” The second was, “Wasn’t yesterday the Fourth of July?”

Jim’s and my dismay weren’t for the same reason, but reality still struck a blow to our other plans.

My problem was, and still is, the speed with which time flies.

When did I start saying oof every time I get up from playing with the dog?

When did I begin to have to pause to straighten my knees while getting out of a car?

When did I start to find spicy foods too hot, sweets too rich, and milk too fatty?

Worse still, when did coffee become the enemy? I love coffee. I really, really love coffee.

Complacent and smug, I’ve watched my older brothers and sisters experience each of these things, knowing full well, they would never happen to me, ‘Wonder Woman Jonnie.’  Karma is a stinker.

Jim got out a pad and pencil and began to list, with his best second grade printing, all the calendar events that happen every year. He couldn’t believe that Father’s Day was celebrated so close to Mother’s Day. “More money,” he muttered, shaking his head, “More money.”

Then his head snapped up. “The Fourth of July,” he said. “That’s not a present day, right? Neither is Labor Day, Halloween or Thanksgiving.”

We could see that our young miser-in-training was beginning to feel better. Paul leaned over to whisper the word birthdays to me, but I told him to let things be. Jim was on a roll, and it was fascinating to watch.

When he got to Dec. 25, my young Scrooge was thrilled to remember that “Santa buys all the presents then, right?”

The following year, when he learned there was no Santa, Jim lobbied to triple his allowance. After all, “Mother’s Day, Father’s Day and Christmas come every year, right?” 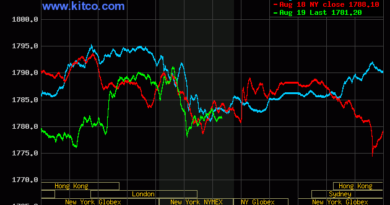 7 Ways to Live a Little in Retirement – AARP