For the United States, winning Olympic gold medals in the sport of basketball has become commonplace, but this year’s teams have no intention of stopping that trend, and the Midwest is going to be well-represented on the hardwood in Tokyo this summer.

The men’s squad has won gold in six of the last seven Olympics, including three consecutive golds in Beijing, London and Rio de Janeiro. This year, the team is going through a bit of upheaval, as long-time standouts like LeBron James, James Harden and others won’t be participating.

Even without those big-time names, the men’s team is still loaded, and the Midwest is helping lead the way. Chicago Bulls guard Zach LaVine is set to make his Olympic debut later this year, and he’ll hope to become the fourth Bulls player to win Olympic gold. Michael Jordan and Scottie Pippen were both part of the “Dream Team” that romped its way to gold in 1992, and Pippen was part of the 1996 gold medal-winning squad. 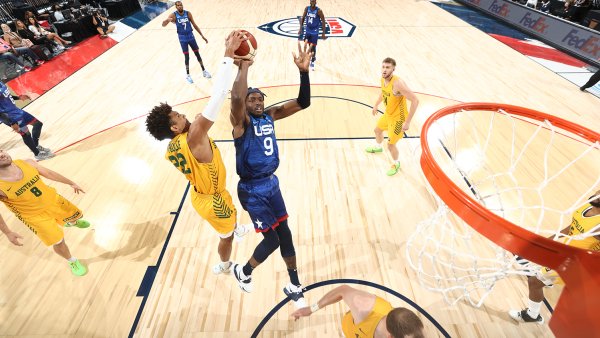 After a 20-year absence, the Bulls were represented in Rio in 2016, with Jimmy Butler capturing the gold with his American teammates.

The University of Kentucky, a longtime collegiate powerhouse, is hoping its famous alumni can make a big impact on the world stage, including Miami Heat forward Bam Adebayo and Phoenix Suns guard Devin Booker.

Not to be outdone, the United States’ women’s basketball roster has even higher standards to uphold, as the team has won six straight gold medals dating back to 1996 in Atlanta. In fact, of the 11 Olympic tournaments that have been held, the United States has won eight of them.

Skylar Diggins-Smith, a South Bend, Indiana native who attended the University of Notre Dame, will hope to make it seven straight golds for the Americans in Tokyo, and she’ll be far from alone in terms of representing the Midwest. Napheesa Collier, who currently plays for the Minnesota Lynx in the WNBA, hails from O’Fallon, Missouri, and Seattle Storm guard Jewell Loyd grew up in Lincolnwood, Illinois.

Center Sylvia Fowles is Collier’s teammate with the Lynx, capping off a strong group of athletes who will hope to continue American dominance in the sport.

Even the women’s 3-on-3 basketball squad has a Midwest connection, as Chicago Sky standout Stefanie Dolson will head overseas to try to capture the gold medal in the inaugural edition of the tournament.

The men’s 3-on-3 team will feature two players with Midwest connections. Robbie Hummel, a legend on Purdue’s campus and a Valparaiso-native, made the squad, along with Eagan, Minnesota-product Joey King.

The WHO Council on the Economics of Health for All: Financing Health for All: Increase, transform and redirect – Council Brief No. 2, 26 October 2021 – World – ReliefWeb