Matonabee Street neighbours critical of a senior’s housing project planned for their neighbourhood came out of a development appeal board hearing last weekend uncertain what may lay ahead with its construction.

Colin Baile spoke on behalf of 13 other people for more than two hours at the hearing and made the case that both council’s decision and the city staff’s permit issuance should not be allowed to go forward.

Baile and other neighbours have continued to insist that they do not oppose the merits of the project or the need for seniors housing, but that the decision making needs to be done fairly and with the neighours’ proper involvement.

“We made the systemic statement that the neigbouring property owners have never been opposed to development on this lot,” he said. “…the appeal was about process and that process led to poor choices around what the development could best be.

“The development appeal board had no authority to deal with neighbours because all of that stuff should have been dealt with by council.”

Baile also opposed the project on issues of procedural fairness where he determined that neighbours were denied access to the project’s traffic-impact study.

He argued there are issues of attitudinal and relationship bias involving Coun. Niels Konge and an alleged friendship with AVENS CEO Daryl Dolynny and that Konge didn’t come to the process with “an open mind” based on video comments he made as a councillor.

Baile alleges that Konge had a relationship bias with Dolynny as it was his understanding that both are personal friends and business associates. Baile drew from 2012 and 2014 photos from the councillor’s personal Facebook page showing the two together.

“Place yourself in the situation where you have a legal dispute with someone,” Baile said. “You find that person’s Facebook page picture of that person with their arm around the judge hearing your case. The caption under the photo is “Hanging out with my redneck friends.’”

Baile also drew on quotes by Konge at the Jan. 25 governance and priorities committee meeting saying they demonstrated ‘attitudinal bias’ or an unwillingness to be an open-minded decision maker before all submissions were made.

“For me as a councillor it is super easy, absolutely yes to conditionally permitted use,” Konge said in a committee video.

“I look forward to this coming to council so I can officially say yes.”

Baile also pointed to Konge saying that the community can “throw a wrench into it” by going to the development appeal board, showing attitudinal bias.

Earlier this year, Yellowknife city council approved a proposal from AVENS: A Community for Seniors to construct a special care facility on its property along with 102 seniors independent and supported-living units.

The development permit was granted on April 16.

Baile also opposed the project on issues of procedural fairness where he determined that neighbours were denied access to the project’s traffic-impact study.

Thistle and Macphail contended that the city followed proper protocol throughout the permit process.

Both municipal representatives pointed out that two governance and priorities committee meetings were held and council debated the issue extensively before approval.

“So it is our submission that council properly followed and approved the permit,” Thistle said.

Milan said during his presentation that AVENS feels it has met the concerns of several representatives, not only neighbours but the federal and territorial government, AVENS residents and non-government organizations like the Yellowknife Seniors Society — most of whom favour the development.

He said time is of the essence as the project was set to break ground on June 1 and there is risk of losing the construction season.

“We were hopeful construction would begin this spring, but that is not the case,” he said.

“We sit here today facing the potential of more delays.”

The board has 60 days to decide on the appeal from the date of the hearing.

Baile and other neighbours said that they were pleased to make a case but it is anyone’s guess what lies ahead.

“I felt very confident that our message was heard and whatever happens we have voiced our concerns about the process undertaken by the city and that was the goal and I believe we achieved that goal,” he said. 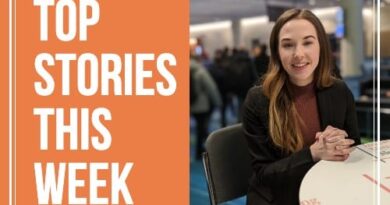 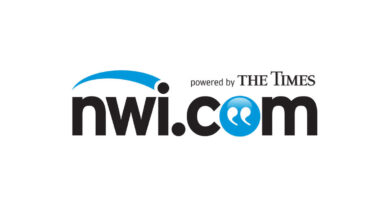