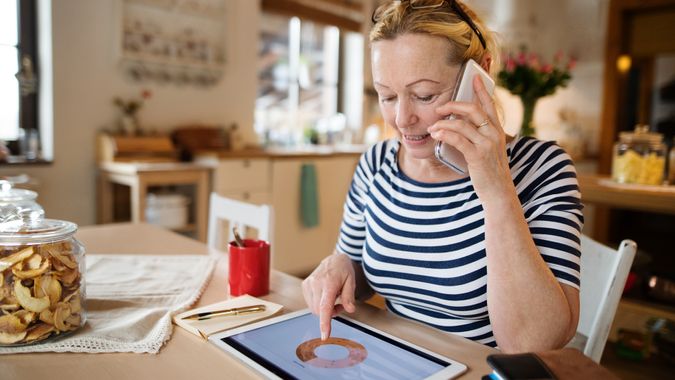 A new study confirmed what many had suspected would happen after COVID-19 swept through the United States, which is that the pandemic might cause a large percentage of Americans to delay their retirement plans.

See: Jaw-Dropping Stats About the State of Retirement in America
Find: The 5 Most Important Changes to Your Retirement in Congress’s New ‘Secure 2.0’ Bills

The study, called “The Four Pillars of the New Retirement: What a Difference a Year Makes,” was released by Age Wave and Edward Jones this month. It found that roughly one out of every three Americans planning to retire think they will now retire later due to the pandemic.

The results came from three tracking surveys conducted between May 2020 and March 2021. The most recent poll, conducted in March, included 2,042 adults ages 18 and up.

See: Retired or Retiring and In Debt? Here’s How to Manage It
Find: How Long $100K in Retirement Will Last in Every State

Among the other key findings:

As Forbes noted last week, a separate study conducted by the Society of Actuaries found that the Covid-19 pandemic had a very mixed financial impact on Americans, with those who suffered a significant employment disruption likely to feel a bigger pinch on their retirement savings.

Meanwhile, around two-thirds of Early Boomers believe they are on track for a financially secure retirement compared with nearly 60% of the younger generations.

Vance Cariaga is a London-based writer, editor and journalist who previously held staff positions at Investor’s Business Daily, The Charlotte Business Journal and The Charlotte Observer. His work also appeared in Charlotte Magazine, Street & Smith’s Sports Business Journal and Business North Carolina magazine. He holds a B.A. in English from Appalachian State University and studied journalism at the University of South Carolina. His reporting earned awards from the North Carolina Press Association, the Green Eyeshade Awards and AlterNet. A native of North Carolina who also writes fiction, Vance’s short story, “Saint Christopher,” placed second in the 2019 Writer’s Digest Short Short Story Competition. Two of his short stories appear in With One Eye on the Cows, an anthology published by Ad Hoc Fiction in 2019. His debut novel, Voodoo Hideaway, will be published in 2021 by Atmosphere Press.

Check Out Our Free Newsletter!

Every day, get fresh ideas on how to save and make money and achieve your financial goals.

Facet grows ’10X,’ hits $1 billion in AUM, reaps $100 million C-round, largely from DoorDash backers, and calls itself a ‘fintech’ company that happens to give advice by CFP – RIABiz