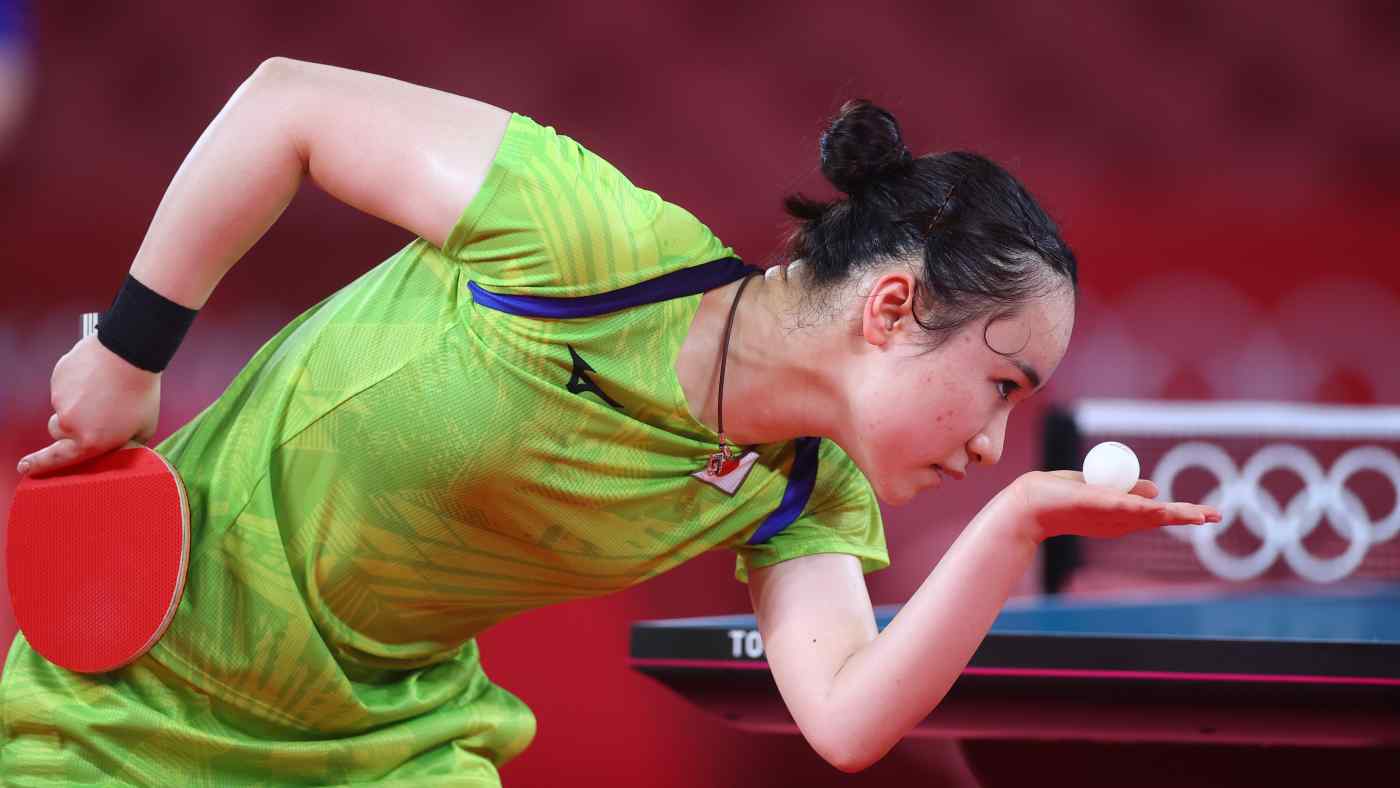 Mima Ito of Japan trains for the Tokyo Olympics on July 19. The opening ceremony will be held on July 23.   © Reuters

TOKYO — The Summer Olympics bring home a win for the host nation’s stock market — so suggests past market data, at least.

But 2021 is no ordinary Olympic year. With the Summer Games just days away from starting in coronavirus-clouded Tokyo to empty venues, no tourists and tepid public support, past performance may be no indicator of gains this time.

Of the eight Summer Games held since 1988, host nations saw their benchmark stock indexes rise in the year following all but the 2000 Sydney Olympics, according to Shoji Hirakawa, chief global strategist at the Tokai Tokyo Research Institute.

“Transportation networks and other infrastructure built for the Games bolstered productivity, which likely led to corporate earnings growth,” Hirakawa said.

“Even without spectators, we could expect a boost to stock prices,” he said.

“The Olympics provide a big boost to retail investment and consumer sentiment,” Takumori said. The Japanese Olympic Committee in 2018 said it would aim for 30 gold medals in Tokyo.

Investors are hunting for winners in the lead-up to the Tokyo Games, which start Friday. Sporting goods brands are among the most obvious choices to catch a windfall from increased exposure. Nike and Adidas shares hit record highs last week. In Japan, Mizuno set a year-to-date high on July 12, as did Asics and Descente in late June.

Sponsors and companies that ramp up advertising during the Games also stand to benefit. Stocks like Coca-Cola, Procter & Gamble and Comcast — parent of U.S. Olympics broadcaster NBCUniversal — are expected to enjoy a boost from the event. With more people viewing the Games from home, Japan market watchers are bullish over electronics retailers like Bic Camera and beer brands.

But the sponsorship can be a double-edged sword. Toyota Motor said Monday that it will not air any Olympics-related TV advertisements going forward, despite the automaker being a top-tier sponsor. The decision signaled that the automaker is distancing itself from the Summer Olympics and Paralympics.

The unique conditions surrounding this year’s Games have deflated hopes for companies that could have benefited. Security providers Secom and Sogho Security Services, also known as Alsok, were down 12% and 4% for the year as of Monday. Games without spectators mean fewer baggage checks and other security operations, raising the prospect of cutbacks to security staff at venues.

Travel- and tourism-related companies, which were expected to reap a bulk of the economic harvest from the Tokyo Games, have been hit hard. Japan Airlines is down by 12% and travel agency H.I.S. by 5% since September 2013, when Tokyo won the bid to host the event, even as the Nikkei average roughly doubled over the same period.

Stadium and hotel builders Taisei and Obayashi have experienced strong gains during this time. But with most of the key facilities and infrastructure for the Games already completed, questions remain over their longer-term prospects.

Sign up to our newsletters to get our best stories delivered straight to your inbox.