It’s a great time to be in the fraud detection business in crypto and fintech. Crypto in particular has faced some high-profile scams recently, and many companies operating within the ecosystem are beefing up their compliance capabilities to ensure they don’t end up in any regulatory hot water.

“The use case for all our customers is essentially that they’re all using us to prevent fraud when money is being loaded into a wallet,” CEO and co-founder Soups Ranjan told TechCrunch in an interview. 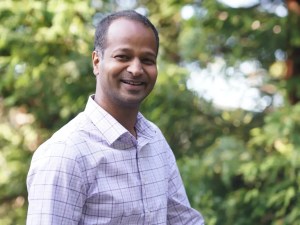 When customers move money to their wallet via credit card, debit card, or ACH transfer, Sardine assigns a risk score to the card or bank account being used through an algorithm and assumes fraud liability for the transaction. The company has long offered these two features, but it announced today that it is unveiling instant ACH transfer capabilities, allowing customers to bypass the traditional 3-7 waiting period to access their funds. Sardine will do this by pre-funding the consumer’s crypto purchase in their wallet and taking on the fraud, regulatory, and compliance risk associated with the waiting period.

Sardine, which raised a $4.5 million seed round last March, also announced today that it has closed on $19.5 million in Series A funding from new investors Andreessen Horowitz (a16z), NYCA, and Experian. Existing investors also participated in the round, which was led by a16z’s Angela Strange, Ranjan said.

Ranjan, who previously worked as Coinbase’s director of data science and risk and Revolut’s head of crypto, said that Sardine’s risk assessment algorithm is based on user behavior. The algorithm detects activities like segmented typing, where a user toggles between different windows while typing in basic information like their name – a potential indicator of fraud. Sardine also collects phone accelerometer and gyroscope data as well as network traffic information from users to assess the threat of fraud.

Local specifics of regulatory regimes are not core to Sardine’s business, because its platform is focused on fraud detection, not law enforcement. The startup has clients all over the globe and has helped companies in countries including Japan and Russia expand into the United States, Ranjan said. He noted that Sardine has engineers located across “pretty much every time zone” in the world.

“Fraud is global. There are very similar patterns in the way fraudsters behave – whether they’re trying to steal money in Canada, the U.S., or Japan doesn’t really matter,” Ranjan said.

Proceeds from the latest funding round will be used to hire at least thirty more employees in the near-term, Ranjan said. In addition to growing its engineering team, the company is searching for execs to head up its growth, marketing, and legal teams.

The “new generation” of fintech entrepreneurs has impressive ideas, but entrepreneurs in the space are not always familiar with the complexities of foreign compliance processes, Ranjan said.

“We are here to help them with all their fraud and compliance needs so that they don’t have to worry about it,” Ranjan said. “We let them just focus on building the product and launching it and achieving product-market fit.”