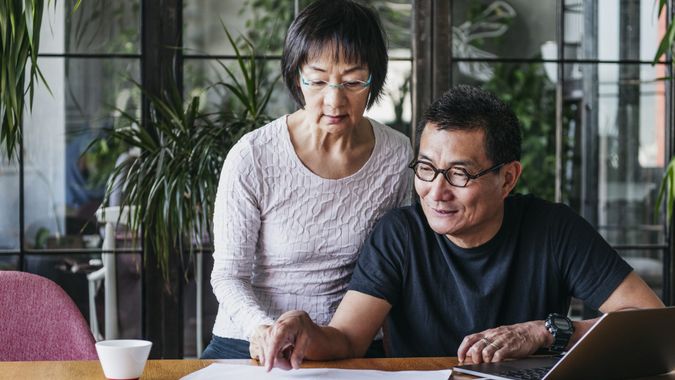 The prospect of an upcoming stock market correction might be scary for investors, but most financial experts say there’s no need to panic or worry — if you make the right moves.

See: AARP’s CEO Says It’s Time to Rethink Retirement
Find: How Long $500K Will Last in Retirement in Each State

Talk of a correction heated up on Monday when Moody’s Analytics economist Mark Zandi warned that there could be a 10% to 20% pullback amid talk that the Federal Reserve might raise interest rates.

And as CNBC reported on Monday, Zandi suggested the pullback might already be happening.

So that should investors do?

That depends on what your money is earmarked for. Most financial experts say you should stick to your current goals and strategy when it comes to 401(k)s and other retirement plans. The same holds true for any investments or financial goals with a time horizon of five years or more.

But if the money you have invested has been set aside for short-term goals — such as paying for a child’s upcoming college education, or for a new home you plan to buy within the next year — then now is probably a good time to sell those stocks.

During market corrections, it’s advisable to put money for short-term goals into comparatively safe investments like value funds, fixed-income funds and short-term bond funds. This is especially true for retirees who can’t afford to lose money in the stock market.

See: 10 Affordable Stocks You Can Buy on a Budget
Find: Americans Over 50 Could Benefit Most From Student Loan Forgiveness

At the same time, market corrections also open up the door to make winning investments. Investors without a lot of money to spend, for example, get a chance to buy stocks at lower prices during market corrections.

“Stock market corrections are scary when they happen, but (are) actually a great opportunity for the smart investor when they occur,” Certified Financial Planner David Rae wrote in column for Forbes last week. “Optimistically, we are one step closer to the next great buying opportunity. Don’t waste a ton of time stressing about when the next bear market or recession is coming.”

Vance Cariaga is a London-based writer, editor and journalist who previously held staff positions at Investor’s Business Daily, The Charlotte Business Journal and The Charlotte Observer. His work also appeared in Charlotte Magazine, Street & Smith’s Sports Business Journal and Business North Carolina magazine. He holds a B.A. in English from Appalachian State University and studied journalism at the University of South Carolina. His reporting earned awards from the North Carolina Press Association, the Green Eyeshade Awards and AlterNet. A native of North Carolina who also writes fiction, Vance’s short story, “Saint Christopher,” placed second in the 2019 Writer’s Digest Short Short Story Competition. Two of his short stories appear in With One Eye on the Cows, an anthology published by Ad Hoc Fiction in 2019. His debut novel, Voodoo Hideaway, will be published in 2021 by Atmosphere Press.

An encore career can increase your motivation to live healthy – PhillyVoice.com