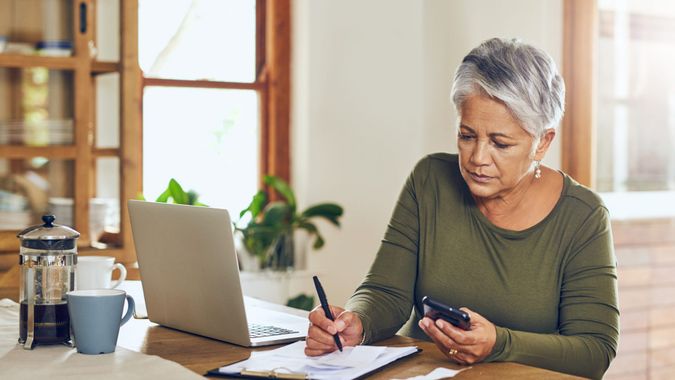 The pandemic caused major disruptions in almost every aspect of life — including the retirement plans of some 69 million Americans. According to a new analysis from Age Wave and Edward Jones, 32% of Americans planning to retire say they’ll be retiring later than expected because of the pandemic and only 11% stated that they’d be retiring earlier, reports CNBC.

See: AARP’s CEO Says It’s Time to Rethink Retirement
Find: What a Comfortable Retirement Will Cost You in Each State

However, the most glaring variation in retirement data was the gap between men’s and women’s confidence in their retirement savings because of the pandemic.

Only 41% of women planning to retire said they were saving monthly for retirement compared to 58% of men, reports CNBC. The analysis has named this widening gender gap a “she-cession” as women were more likely to lose their job or leave the workforce over the past year.

CNBC noted that women’s confidence in retirement plans was lower than men’s even before the pandemic and attributed this to women typically earning less than men in the workforce. The gender pay gap has been around 80% for the last decade, according to the analysis. CNBC also reported that if a man and woman both work full-time from the ages of 23 to 65, because of the wage gap, a woman will typically earn about $469,000 less than a man.

Because of lost income, Social Security and pensions, a woman who has had career interruptions will make $1.1 million less than a man who works full time through the time he retires, as indicated by the Age Wave and Edward Jones Analysis.

“This pandemic really hit women very hard,” Maddy Dychtwald, co-founder of Age Wave, a leading thought leader on issues relating to an aging population, told CNBC. “They have been hit much harder than men. It has had the result that they’ve saved less for retirement — and they have saved less through the pandemic.”

Josephine Nesbit is a freelance writer specializing in real estate and personal finance. She grew up in New England but is now based out of Ohio where she attended The Ohio State University and lives with her two toddlers and fiancé. Her work has appeared in print and online publications such as Fox Business and Scotsman Guide.