Chances are, you won’t need the same amount of income during retirement as you need during your working years. That’s because some of your expenses are likely to shrink or even go away completely once you stop working.

Take retirement plan contributions, for example. You won’t need to make those during retirement because, well, you’ll be in retirement. And also, you might have a paid-off home in retirement, and that alone could amount to huge savings.

But still, as a general rule, you should aim to only take about a 20% to 30% pay cut in retirement, because you’ll probably need around 70% to 80% of your former income to live comfortably. But if you make this one mistake, you could end up with a much more substantial pay cut on your hands. 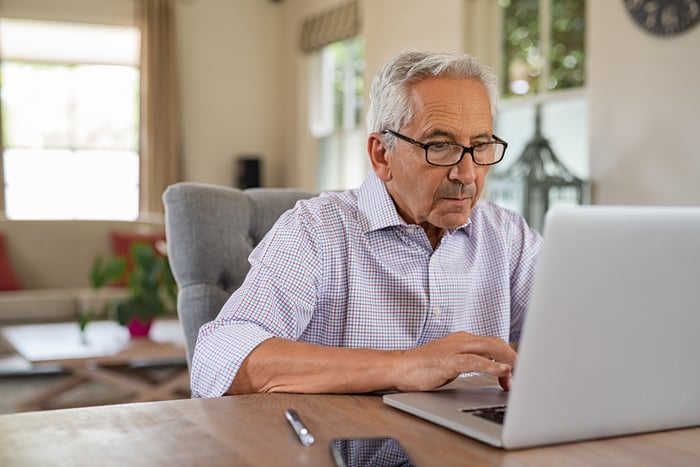 Many people are used to living frugally and plan to live frugally once retired. But even so, you may find that you still need a large chunk of your former earnings to maintain a decent standard of living.

If you retire on Social Security alone, though, the pay cut you take could easily amount to 60%. That’s because those benefits will only replace about 40% of your former wages if you earn an average income. And chances are, that’s too substantial a pay cut to manage.

While it’s true that some of your expenses might drop in retirement (like housing), other living costs might rise. For one thing, the absence of a job will mean having many hours during the day to fill, and it might cost a fair amount of money to stay entertained. And if you want to spend some of your newfound free time traveling, you’ll definitely need a nice chunk of cash at the ready.

Also, as people age, their health tends to, at the very least, require more attention. That could result in an uptick in healthcare costs.

In fact, Medicare premium costs have risen a lot through the years, so there’s no reason to think that trend will reverse anytime soon. And that alone is reason enough to not subject yourself to a 60% pay cut as a senior.

If the idea of having to live on 40% of your paycheck scares you, then there’s a simple solution — build a nest egg so you have income to supplement your Social Security benefits. If you sock away $500 a month in an IRA or 401(k) plan over 30 years, and your invested savings deliver an average annual 7% return (which is several percentage points below the stock market’s average), you’ll end up with around $567,000 to your name.

Of course, there are other ways you can supplement your Social Security benefits, like holding down a part-time job as a senior or renting out part of your home (a viable solution if you’re not planning to downsize). The key, either way, is to not plan on retiring on those benefits alone — not unless you’re comfortable with the idea of taking a massive pay cut for life.